The future site of the Swift Building, nestled along the southern banks of the Clark Fork River in the Missoula Valley, hosted native grasslands and Salish people. This rich land served as a seasonal gathering ground for Salish, who camped there to harvest bitterroot, a plant whose roots were used as a food source.

The Swift Building was the first and only structure in what was originally intended to be a bustling warehouse district for the Chicago-Milwaukee-St. Paul railroad. The building soon hosted the Swift Meat Packing Company, a national meat processor that pioneered the refrigerated rail care and occupied the building well into the next decade.

Beginning in the late 1920’s, Blair Transfer and Storage occupied the Swift property, where they remained into the 1960s. Just up the road, the Milwaukee’s rail yard and freight warehouse lived in what is now the Missoulian newspaper building. 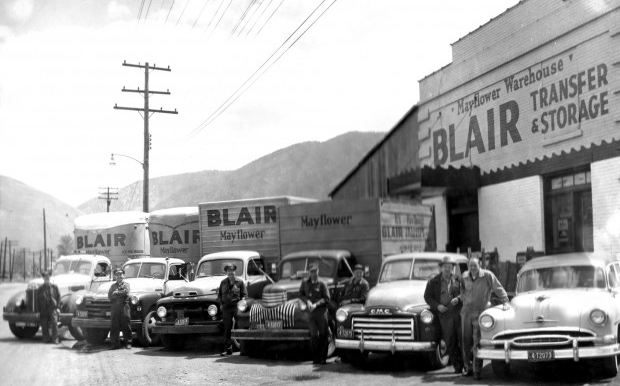 In the 1960s and early 1970s, the Swift Building went through a series of occupancy changes, including Western Montana Monument (a company best known for making tombstones). Eventually, the railroad pulled its tracks from the river corridor, and the Swift Building was left unoccupied. Once a hub of activity, the building fell into a state of disrepair.

Sisters Lin and Judy Smith saw beauty in the now run-down Swift Building and purchased the structure from the railroad. The Smith sisters intentionally preserved this historic, working-class building to honor an important part of Missoula’s past. In addition to preserving the historic facade of the structure, the sisters actively campaigned to secure Missoula’s first open space sanctuary in the heart of downtown. The restored Swift Building now sits adjacent to the Clark Fork River and restored native prairie, which is maintained through local community volunteers, including botanist John Pierce.

EPI purchased the Swift Building and ushered it into a new era of community engagement. Now a vibrant hub for non-profit activity and conservation education, the building serves as a resource for the Missoula non-profit community.

New, energy efficient windows were put in with a grant from a local anonymous donor. In addition to replacing the existing windows, local Missoula company Energetechs removed old boards that covered the building’s original east-facing windows (five in total), and added windows once again to that side of the building. Stunning views of Mt. Sentinel, Mt. Jumbo, and the Clark Fork River can now be seen from the stairwell and all offices that share the east-facing wall. 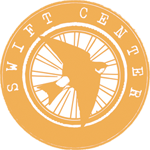